You don’t want your old television to create problems for others or the environment. When you work with us, you won’t have to worry about it. Our experts will handle every aspect of the process. We’ll reach your home, take the television, and haul it away. Then, the television will be dealt with responsibly. We can donate or recycle the old television in most cases. Call us to learn more about the disposal methods we offer.

Throwing Your Unwanted Television In The Garbage

You cannot throw your old television in the trash. Most waste management companies aren’t going to take it. Instead, you’ll need to dispose of it safely to prevent the harmful chemicals from damaging the environment. Working with us is the best way to handle the problem.

Disposing Of A Broken Television Correctly

There are several effective ways to get rid of an old television. Try using the methods below.

Many recycling centers take televisions, but some do not. Televisions contain important components that can be recycled and reused. It is a good idea to do your part by recycling your television. Using this method is much better than sending the TV to the landfill.

Why Recycle A Television?

Recycling a television is always the best option. If you can’t donate it or give it away, recycle it. The television likely contains glass, plastic, precious metals, and copper wiring. A company out there can likely use these materials. Having them recycled is the best choice because it’ll ensure that the company gets what they need. Televisions contain chemicals that could be harmful to the environment.

As a result, it should never be sent to the landfill.

Are you ready to recycle your old television? Depending on its size and weight, you might be able to handle it on your own. However, you’ll need to find a recycling center that will take it. Alternatively, you can work with our qualified professionals. Call today and we’ll get rid of the television for you. We’ll take all types of television so call.

If you have any other junk removal service please check out other services. 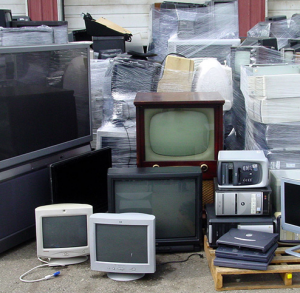 How The Art Of Tidying Up Can Help You Fall In Love With Your Home Again?

Home Resolutions To Add To Your New Year’s List